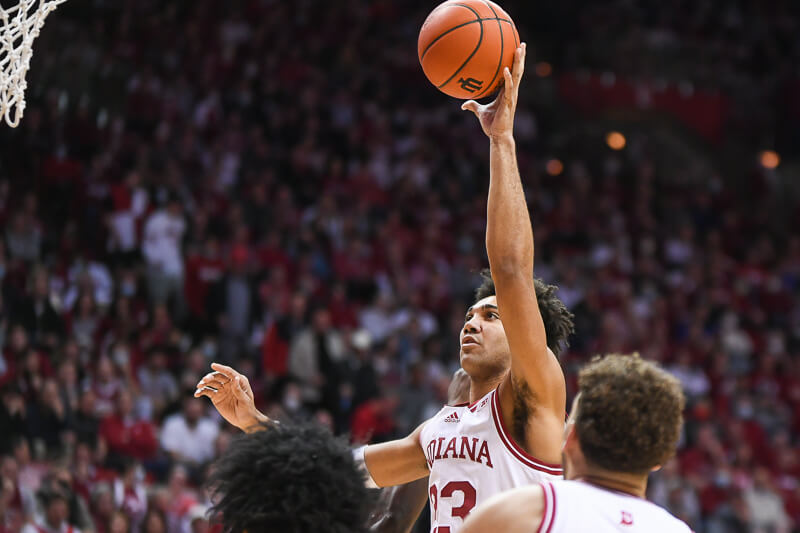 Quick thoughts on the 66-63 loss to Rutgers:

how did that happen: It was a strong offensive start for Indiana in its last home game. The Hoosiers took a 14-6 lead over Rutgers with a score of 14:33 after a second-chance bucket from Reese Thompson. Trace Jackson-Davis dominated early with nine of Indiana’s first 14 points. The Scarlet Knights, also in the NCAA Championship bubble, responded with six straight points to reduce the lead to two at 13:13. Indiana managed to extend their lead to 10 late in the first half on flying Jordan Geronimo, but Geo Becker answered with a 3-pointer and the Hoosiers settled on a 32-25 cushion in the break. Rutgers made seven turnarounds in the first half, leading to nine points from Indiana. The Hoosiers outperformed the Scarlet Knights 16-10 in paint in the first half. Free throws were a factor as well, with Rutgers having 0 of 4 from the bar compared to 6 of 7 in Indiana.

Jose was stagnant offensively against the Rutgers area to start the second half. The Vermilion Knights were able to take advantage of IU’s transformations early and scored six points out of Hoosiers’ first four transformations. Rutgers took his first lead since the break on a layup at Aundre Hyatt that made it 38-37 with 15:32 to go. Mike Woodson took a timeout and Indiana had a bucket of Thompson and a 3-point play from Xavier Johnson to lead 42-38 with 14:40 to play. Johnson followed it up with a steal and immersion in a transitional period to give IU a 44-38 lead. Johnson’s three-pointer gave the IU a cushion of 47-40 before a median deadline of less than 12 years.

By the under-eight media timeout, Indiana led 52-47, but Rutgers closed in at 52-50 with 6:06 to play after Cliff Omuroy Dunk and Paul Mulcahy’s free throw. The Scarlet Knights tied for 52 in the layup from Geo Baker with 5:30 to play. Indiana regained the lead at 54-52 over Jordan Geronimo for the Blues. Caleb McConnell tied at 54 with 3:49 to play, but Johnson put IU back up at 56-54 with a jump shot at the 3:16 mark. Rutgers took the lead on the Geo Baker 3 benchmark with 2:34 to play. The Crimson Knights extended the lead to three at Omuroi’s free throw with 1:48 to play.

The Hoosiers earned one space on a pair of Jackson-Davis free throws with 1:28 left. Becker missed a triple pointer on the next possession, but Indiana couldn’t score in the ensuing possession despite her looks. Omoruyi then made two free throws with 41.5 seconds to play to become 61-58. Rob Veneci missed a corner kick in the next possession. Mulcahy was sent off for two screamers with 19.2 seconds left after Johnson’s foul. Aundre Hyatt made two free throws and then Miller Kopp made a pair of streaks to go 63-60. Parker Stewart missed the 3-pointer with 15 seconds left, but Indiana held the ball and Stewart hit the 3-pointer to equalize in the 63. Ron Harper Jr.’s 3-pointer with 2.1 seconds left won it for Rutgers.

Outstanding performanceJackson-Davis finished with 19 points and nine rebounds in 32 minutes.

The statistic that stands out: Parker Stewart and Miller Cobb combined for 3-of-16 shots from the field and 3-of-14 from behind the 3-point line. 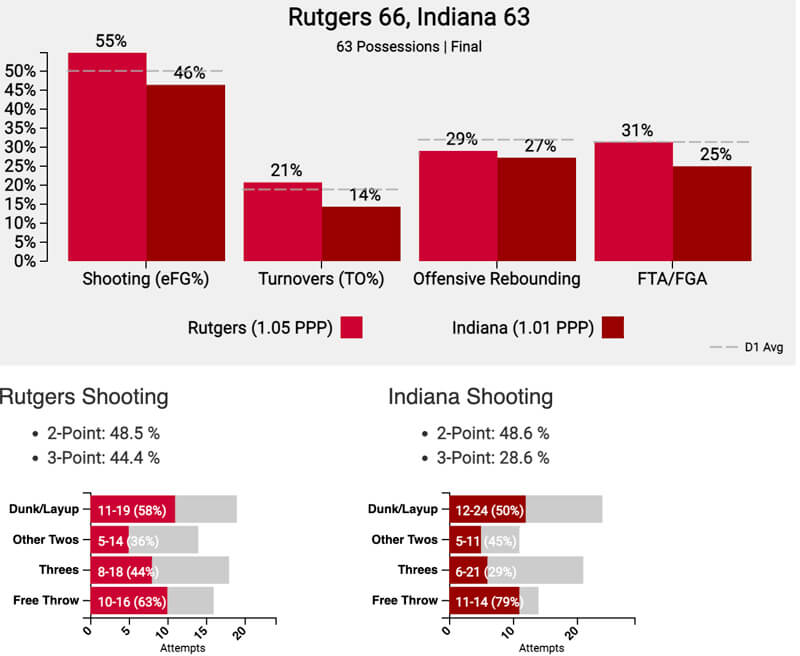